The first images of the Sealine S430, the new flagship of its Sport Line, have been revealed by the Hanse Group.

The official public debut will be at the Palma Boat Show, in early May, but the Boot in Düsseldorf – which instead will open its doors this Saturday – will be for Sealine the opportunity to show new details of its new 13 meters. 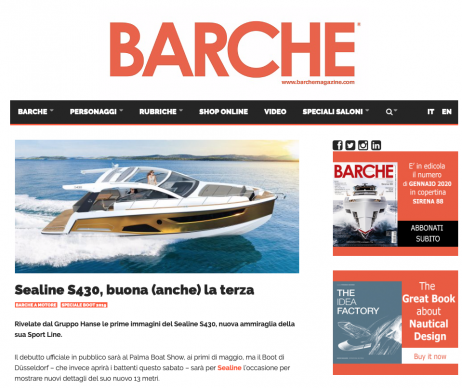